Bronte got invited to Amberlee's Birthday Party on the weekend so we went along. Bronte had a great time. There was lots of party foods, balloons and toys to play with. This girl isn't shy - especially around half the kids from daycare and the daycare workers too!!! Bronte was in her element sharing the love - most of the people there I didn't know .... but Bronte did.

Here are a few of my favourite photos of the day. We didn't end up with any photos of the cake or presents as there where so many people there and we couldn't get close enough - But Bronte had a heap of fun.
Mischief Maker - Just a random shot of her having some fun. 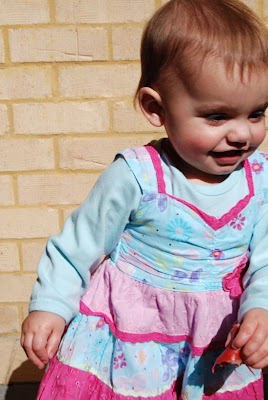 Head First - Bronte never does anything by halves - head first into the ball pit. 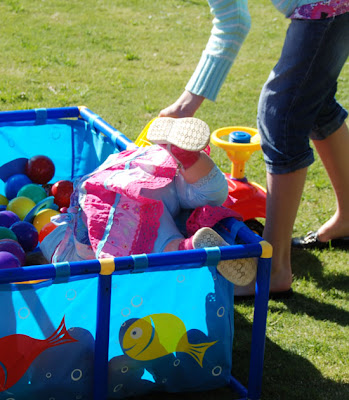 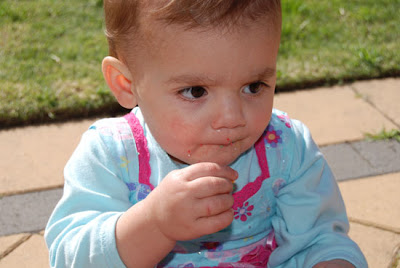 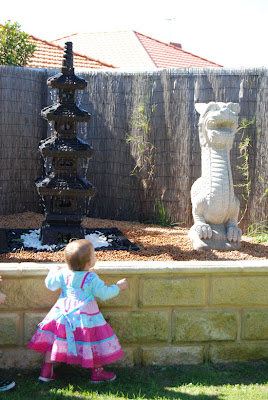 Having a good time with one of the hundred balloons.....all of which Bronte wanted to carry outside to let them go. I have no idea who this girl is with Bronte, but every time I turned around she was there .... Bronte didn't mind and it also meant I could just snap photo of the little star and not have to worry about what trouble she was getting into .... the girl looked after her pretty good! 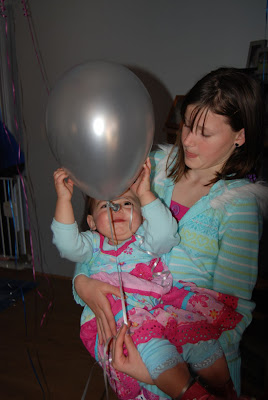 Slide Fun - Bronte being helped down the slide - two seconds ealier she was throwing herslef down, but when the girl spotted her doing it she stopped her fun and helped her slowly go down. Bronte only had one more slide after this one and then moved onto something else 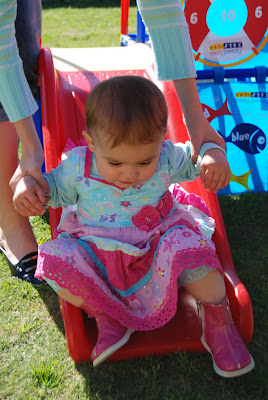 Well that is all the photos for now. She really did have a great time and even though it wasn't her party she lapped up the attention.

What a gorgeous little dress.. and it has the perfect colour combination .. pink AND Blue!!!
Bronte seemed to have a lot of fun... the cheeky monster that she is!!